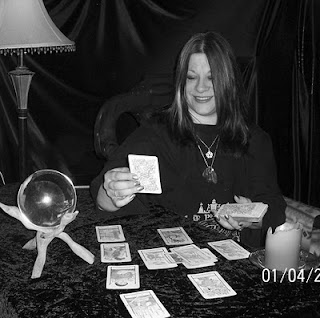 Tonight I am discussing divination.  Over the centuries, in all ancient cultures, one can find various methods of divination tat were used.  By this I mean, a means by which one can foretell the future and foresee future events.  Today we often find fortune tellers using tarot cards (Cartomancy) as well as other methods.  Many of the oldest forms of divination utilized the natural world which surrounded everything and everyone.

Some of these oldest forms of predicting the future included: 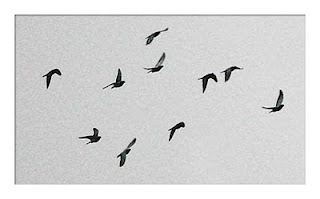 Ornithomancy - whereby one observed the movement and actions of birds to foretell the future. Many times the divination consisted of simply telling whether the future boded ill or favorably, rather than specifics.

Pyromancy is the divination by fire, and Capnomancy is divination by observing smoke from a fire.  Earliest forms of divination were simple and became more complex as mankind evolved and learned deeper of the Mysteries.

Astragalomancy is a more evolved method of divination by the reading of bones. Knuckle bones were inscribed with symbols and thrown, much as runes or dice is thrown today.  The manner in which the bones lay on the ground, in relation to the other bones as well as which symbols faced up all helped the Shaman or Mage read the future and predict events that would affect the tribe.


My research leads me to believe that originally divination was done to determine the future of the tribe, clan or village in general rather than individual futures.  In ancient times we lived very communally in matriarchal governed societies and the future of one often was the future of all.  Over time as we became a more complicated race we started to see omens or divinatory aspects in more technical methods. Some of these are commonly in use today, such as:

Cartomancy - This method uses either regular playing cards, tarot cards and nowadays also oracle cards. Divination by card is referred to as 'reading' the cards and is a wide spread practice in North America and Europe today.

Crystallomancy - is the practice called 'scrying' using a crystal ball.  I employ this method when reading a client's tarot cards and have used it for several years. It's difficult, even for a practitioner, to describe using the crystal ball. The best I can sum up is you shift your gaze, slip into a slight trance-like state and you start to see things within the depths of the crystal. It feels more like you are seeing events deep within your mind, but this is just my personal experience with it.


Critomancy - Divination using food.  For those of you who have been reading "The Life and Times of a Contemporary New England Witch" for a while, you may remember a discussion we had last December when I made an old fashioned Christmas Pudding.  See "Christmas Pudding and Divination for the Upcoming Year" November 29, 2010, where I discussed this very divination. The practice of putting 'charms' or trinkets into food, a cake like dessert called a Christmas Pudding was discussed in this case. Other foods that are traditionally used are mashed potatoes, breads, pies, cakes, oatmeal, and oat cakes or buns.  The person that receives a charm in their portion is considered to have an auspicious future, whether just for the upcoming year, during an specific event or even their future life, depending on the cultural tradition in which this method is found.  The Christmas Pudding from Victorian Era England included several items, coins, rings, thimbles and such. Some were considered lucky and at least one charm would foretell a difficult upcoming year for the poor recipient.

Hippomancy - is divining the future by using horses. By herding horses through a doorway, depending on which hoof touches the other side first will foretell if the future bodes well or ill.

Lithomancy - is using polished stones to divine. I myself have developed a divination system using polished tumbled stones. I have a client pick a stone from a large assortment of many different stones. They choose for no particular reason other than it calls to them, a certain stone. They hand it to me and the stone tells me about their specific focus at the time. What they are looking for in life and what they wish to bring in or eliminate from their lives at that time.  I developed this system while reading the tarot for clients and it has become very accurate method, at least according to my clients.

Cleidomancy - is the closest I could come to describing the divination using a pendulum. Originally using a key hung on a string and suspended inside an empty glass, the question would be asked and the number of times the key clinked on the side of the glass was the answer.  Today we use a pendulum which is a weight hung on a string or chain and a question is asked. The manner in which the chain swings tells the questioner a yes or no answer.


Some of the more unusual methods of divination from ancient times include:

Extispicy - not using the suffix 'mancy' , but it is the practice of divination using the entrails of a ritually slaughtered animal. This was more commonly found in ancient cultures and is only practiced today rarely in practices of Santeria, Voudon and other Afro-Caribbean religious practices.

Ovomancy is the practice of divination by egg. One method is to suspend a pierced egg over a glass of water and allow the white to leak into the water. Using psychic sight the practitioner interprets the shapes made by the egg white. 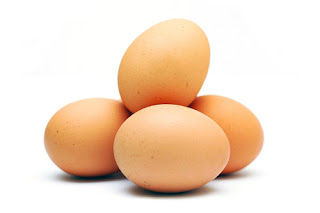 There is an ancient divination method employed by ancient Romans using colored scraps of cloth. They are put in a box and a question asked. The questioner reaches in and takes one piece of cloth. The color of the cloth determines the answer.  There seems to be no specific name for this type of divination except divination by cloth.

Duckerin' Bars - two smooth flat stones. One white, one black. The questioner asks a yes or no question and drops the stones aiming at their own feet. The stone closest to the feet is the answer stone. The lack means no and the white means yes. This comes from the Romany Gypsy culture.


These are just a few of the many methods of divining the future we can find in ancient cultures and some that are still in use today. It matters less the method than the ability of the practitioner. I do find however that certain people are attracted to certain methods and the method that calls to you will be the most effective for you.

© 2010-2011 Enchantments,LLC Portions of this blog posting may include materials from my book “Enchantments School for the Magickal Arts First Year Magickal Studies.” For more information, see www.enchantmentsschool.com or go to the title of tonight's discussion and click, it will link you to my school's website.

If you know someone who would like my work, please send them this link. If you or they would like to be included on our daily email distribution list send me an e mail with your email address to be included. If you ever wish to unsubscribe to this blog, please contact me and you will be immediately removed from our list.
at Wednesday, November 16, 2011