Pagans and the Law - What should you know about your legal rights? 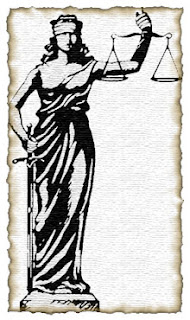 Tonight we discuss our religious freedoms as afforded us as American citizens by our Constitution and the 1st and 14th amendments. This is a tricky topic. I know, I know! We have freedom of religion in our country, so that's that! Or is it?  There are entire books written regarding this topic, and I will only cover the basic areas in this discussion,  but before we start I need to make something clear. I am not an attorney. Nor do I play one on T.V.!!

But I have for many years taken an interest in the laws of our country and state and how they apply to me, and I personally feel every Wiccan, Pagan and Witch should have a working understanding of the laws that concern us.  If we drive an automobile, we need to know the laws of the road right? Well then, if you have ever felt discriminated against because of your beliefs,  the wise thing is to look up these laws and do a little research.  Many of these laws are tested and strengthened in our court system and below I have included a reference listing of the court cases that have been tested over the years. I have also included a short bibliography of reference materials I used for this discussion.

Let us start at the beginning, and I mean the very beginning. Our Constitution of the United States of America, within the First Amendment states " Congress shall pass no law respecting an establishment of religion, or prohibiting the free exercise thereof;"

What this means in my understanding is that Congress shall not pass any laws regarding religion, either for or against. Our right as American citizens,  which allows our free practice of any religion or religious belief is protected by this amendment.  It is important to note that the belief or practice does not require one to be part of any organized religion or belief system. It does not require one to believe in any singular supreme deity, and truly all religious beliefs, i.e. individualistic, indigenous, agnostic, polytheistic even atheistic beliefs all are given protection under the law as it stands.


Interestingly, this amendment to our Constitution was originally only imposed on a federal level and it wasn't until the mid twentieth century, that lawsuits such as  Everson v. Board of Education (1947) incorporated the Establishment Clause, which made the 1st amendment in regards to religion apply on a statewide basis. The Establishment Clause "prohibits the federal, state or municipal establishment of an official religion or other preference for one religion over another, non-religion over religion, or religion over non-religion".  The Establishment Clause's meaning has often been a point of contention among different groups during different times in America since its inception. Primarily because its meaning can be interpreted differently and has been over the years.  According to liberals for example, the Establishment Clause erects a wall of separation between church and state, although this term does not appear in the First Amendment or in our Constitution, but in a personal letter sent by Thomas Jefferson to church leaders in Connecticut.  Hmmm.
It was not until the late twentieth century that the Supreme Court began to interpret the Establishment and Free Exercise Clauses in such a manner as to restrict the promotion of religion by the states. It was common until this time for states to promote and encourage the participation of one religion over others and to the exclusion of some.  In the Board of Education of Kiryas Joel Village School District v. Grumet, 512 U.S. 687 (1994), Justice David Souter, writing for the majority, concluded that "government should not prefer one religion to another, or religion to irreligion."
Actually the courts are not allowed to even determine if a religion is valid!  "Courts cannot judge the validity of any belief or doctrine; US v. Ballard, 322 U.S. 78 (1944)  What does this all mean? Let me put it in simple witch language.  Can you still get fired from your job if you are Pagan?, Can you lose custody of your children because you're Wiccan?, Can you be discriminated against because you are Pagan, Wiccan or a Witch? The answer to all of these questions is a resounding YES!  Yes, you can.
Hey now! I didn't say it was right, or legal or even nice.  But the reality is, these things happen and continue to happen on a regular basis.  Just check out my list of the cases below heard in some of the highest courts.  Now, these cases and the eventual judgment of the court do hold up our constitutional rights, but they all started with an action of one against another and people did lose their jobs, custody, rights etc. etc. along the very long, expensive and time consuming process until they reached the end.
One famous case for Wiccans everywhere! is Dettmer v. Landon 799 F. 2d 929 (4th Cir. 1986) was a court case in which the United States Court of Appeals for the Fourth Circuit held that 'although Wicca is a religion , it was not a violation of the first amendment to deny a prisoner access to rituals objects.   Yikes! To sum up this case, a prison inmate who was a practicing Wiccan wanted access to ritual materials in his cell for religious practice. .  .  .  Wiccan materials.  We use fire .  .  .   sharp knives .  .  .    hmmm, I tend to agree with the courts on this one even if it was against the Wiccan prison inmate. Um, prison inmate is the key phrase here. Yet this was a "Win" for Wiccans everywhere, simply because the courts are not allowed to even declare a religion a religion, so by this simple 'Ooops' Wicca obtained a tad more credibility than it had before.  So, this is good.  Yet, there are decisions stated also by the highest court in the land, the U.S. Supreme Court that have hurt us equally.
Such as United States Supreme Court's notorious decision of Employment Div., Dept. of Human Resources of Oregon v. Smith, 485 U.S. 660, 670 (1988)  In Smith, Justice Scalia wrote that the accommodation of religion should be left "to the political process" where government officials and political majorities may abridge the rights of free exercise of religion.   .  .  .  Wait, what?!
The American Civil Liberties Union has responded to this decision with this statement "The ACLU, along with almost every religious and civil rights group in America that has taken a position on the subject, rejects the Supreme Court's notorious decision of Employment Division v. Smith." 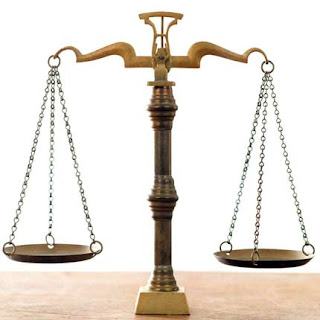 Outside of the court system, we have leaders in this country  that also pose stumbling blocks to our religious freedoms.  In 2000 for instance there was an on-line cyber debate with the then candidates for President of the United States and a girl from San Diego California submitted this question to the candidates:
"With religious diversity increasing, what are your thoughts on the protection of religious freedom and the separation of church and state? Should religions like Wicca be banned from recognition by the military, as some legislators suggest?”


(Author's Note- As stated in the above discussion, I am not an attorney, nor do I have any legal training.  The information above was compiled by myself during research for this topic over the years and for this discussion.  Please always seek out a competent attorney or legal adviser for any legal needs you have. Please do not use the above information provided to make any determination as to your legal rights and status.  I myself, although I have done much research on this topic over the years, would run to an attorney should I find or suspect that my rights have been violated or infringed upon. Witches can be pretty opinionated, some of us stubborn, and we tend to feel strongly about many things.  But with today's technology and so many resources at our finger-tips we can also be highly educated and wise in the decisions we make. There are many out there with so much more knowledge than we have, seek them out.) 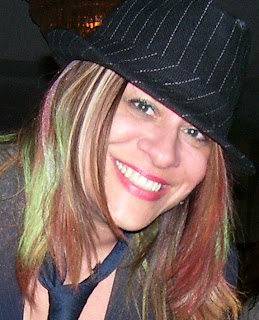 Ms. Faith McCann ~owner and Head witch of Enchantments a School for the Magickal Arts and Witch Shoppe, located in Manchester, CT USA and author of 'The Life and Times of a Contemporary New England Witch' witch blog

Court Cases used as background research  for this discussion:


Additional materials used for the basis of this discussion provided by:


The Witches Voice website www.witchvox.com  and
Pagans and The Law  Understanding your Rights by Dana D. Eilers Attorney and Pagan Activist
www.religioustolerance.org
www.aclu.org

Please check out my newest blog The Life and Recipes of a Medieval Cook @ http://thelifeandrecipesofamedievalcook.blogspot.com

If you know someone who would like my work, please send them this link. If you or they would like to be included on our daily email distribution list send me an e mail with your email address to be included. If you ever wish to unsubscribe to this blog, please contact me and you will be immediately removed from our list.
at Wednesday, May 18, 2011