Witches Have Always Been The Nasty Women and Men 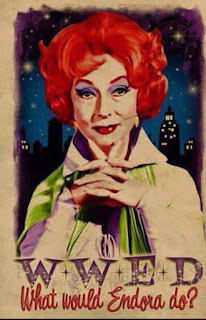 I did take a part of tonight's discussion's title from the latest political debacle that has ravaged this country. Especially when one candidate referred to another, a woman, as a 'nasty woman'. She is not a witch or as far as I know a magickal person, but I am using the intended insult as a banner, because it was directed specifically to demean a strong, educated, eloquent woman who was well capable of standing up for herself, has made a name for herself and went as far as a run for President of the United States. It doesn't matter if you were for or against her, that is not the point of my discussion.

My point is, women, especially the strong, opinionated, educated, independent and self sufficient women long through history have time after time been persecuted, arrested, tried and put to death for the crime of heresy or witchcraft.  In many if not most cases the only evidence against them is their strength of speaking out against whatever wrongs were happening at their time. Throughout time immortal men have spoken out, caused wars, ended wars, raised civilizations, felled civilizations but none have brought the terror to the masses as the strong woman. We have the 'woman's holocaust' the 'Burning Times' to attest to it, where from 700,000 to 7 million people throughout 10 centuries were put to death for standing against the authority of the day, especially the religious authority. (The numbers vary depending on the historical scholars and time frames referred to)

Yet, it continues to this day. I have even seen people stating that women don't deserve the same pay as a man because men are stronger and do harder work. WHAT!!??  There is still the medieval mentality that women are less than, and that men who support women's rights are somehow less than manly themselves. Such nonsense. No wonder witches and pagans have kept quiet and under the radar for so many years, especially as speaking out could get you and your family murdered.

Today, in this country, at least for the moment, we do have the right to speak out. And we will. Maybe not all of us speak out politically, and we don't need to. Some are animal activists, some environmental activists, some work for children's rights, and care, some are concerned with the humans they encounter who live without housing or enough food or need help in some ways. So many of us do the things that benefit others in our community and that is a silent way of speaking out, by doing the work needed. By listening to those who are hurting, by holding the hands of those who are lonely, by giving a hug to those who are in need of a hug.

Yet, a fair warning.  Recently when someone who did not know me, took it upon themselves to insult me and a cause I support, remembering those who had been murdered during the Holocaust during World War II, and said that for some reason she didn't feel I had the right to mourn and honor those lives lost, because I am not Jewish, I stood up for my choice to honor the causes I feel are important to me. I told her she was wrong and that she didn't know me and I personally did not care for her opinion one way or an other.  She came back with a common retort, "You are not a witch, you are a bitch!". Hmmmmm, since when are the two mutually exclusive?

To misunderstand and assume witches both female and male are fuzzy pussy cats, Good Witch Glinda's floating in bubbles from the realms of the North, sprinkling glitter and soap bubbles, well you get the imagery I'm creating here. How completely wrong is such an assumption! As well as assuming witches are hippies forgotten from the 60's, or crazy cat ladies living in the woods. Witches today as in days past are educated. They hold jobs such as physicians, attorneys, police officers, elected officials, teachers, college professors, ordained ministers, martial arts instructors, pretty much any job you can think of.  Witches in the past were primarily herbalists, midwives, village doctors, and simply the village witch who could aid the locals in most problems they might encounter in their lives, whether it be physically, emotionally, socially. or mentally.

Today the witches are everywhere, many are published authors, give lectures, workshops and some even go into correctional facilities to bring fellowship to inmates. We are in every walk of life and are responsible, credible, smart and most of all we do not lay down and let others walk over us. We will stand up for what we know is right for us, we will stand up for others that are being oppressed or abused, we will speak for those who cannot and we will fight those who seek to harm us. Many of us are around you and you simply do not know.

To even think that witches are spineless fluffy kittens, is to not understand or even to have met a witch before. Yes witches can be bitchy when poked, and we will hiss and bite and scratch, because we have the cat inside. What many groups do not remember is the witch is one of the oldest oppressed groups still in existence, after the Jews. We know what it is to be hated, hunted, all sorts of lies and rumors assumed about us, to be feared and to be falsely blamed for all sorts of evils.

If you are not a witch or pagan yourself, the one thing you can be sure of is .  .  .  you can never know us totally as not one of us is alike, and when you think you know us completely, perfectly well, you will be wrong, each and every time.

We are as magick, fluid and ever changing.

Never underestimate us, and if you are lucky enough to be befriended by a witch, you are very lucky indeed.  For your friendship will always have a special kind of magick. 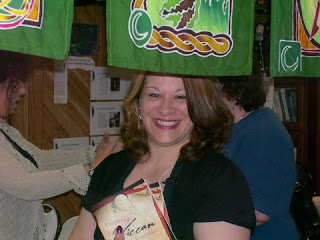 If you know someone who would like my work, please send them this link. If you or they would like to receive the link to the most current weekly blog post send me an e mail with your email address. You will receive a new blog post weekly. If you ever wish to unsubscribe to this blog, please contact me and you will be immediately removed from our list.
at Sunday, February 05, 2017