Gideon and the Coyote 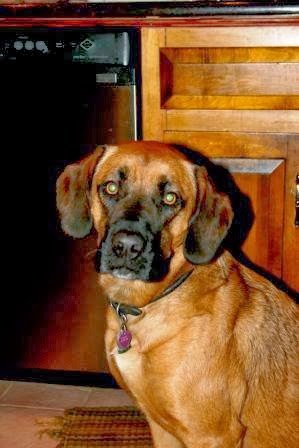 
Good Afternoon, I have a sweet, yet sad  story I would like to share with you. Above, pictured is Gideon a sweet, wonderful soul whom I am grateful to have met and known for a short while.  Gideon is the rescued pup of a student of Enchantments. She had Gideon for 7 years and he was 9 years old this past week when he passed over.

Gideon's  'mom' told us a story about him and a coyote he had made friends with. One night, in the middle of the night she awoke to hear Gideon barking outside in the woods which surrounds her house. She lives with many, many acres of undeveloped land surrounding her home. She took a flashlight and went in search of Gideon. She went through woods and fields, along trails and finally came to him and was surprised to see him pinning a coyote down on the ground. The coyote was in a submissive position and Gideon's mom was able to get Gideon off of the coyote and get him to come back home with her.

Since that time, the coyote would come around the house and stand and look at the house. Gideon, being inside would bark at the window, acknowledging the coyote's presence. Gideon was a strong,beautiful, fearless creature with a sweet soul and a gentle heart.

The time came when just recently when Gideon was not acting himself. After several  visits to the vet and several tests they determined that Gideon had a brain tumor and not long to live.  His mom brought him home and cared for him in his last days. One of the last days of Gideon's life, had her holding him and preparing for him to pass.  She then heard a long, mournful howling outside the house. The coyote had come and seemed to know that Gideon was soon to be gone.

After Gideon passed, his mom went outside and saw coyote tracts that went completely around the house and came to a stop outside the window where Gideon would often bark at the coyote. Then the tracts went off into the woods.

Do animals sense moments like these? I believe they do. I believe animals sense much, much more than we give them credit for. In this instance I believe Gideon and the coyote had a friendship of sorts and that when Gideon's time came, the coyote came to say goodbye to its friend.

I only knew Gideon for a short while, but I was fortunate to have met such a sweet, gentle soul and I wish him bright blessings on his travels. I also thank his owner and 'mom' for letting me tell his tale. 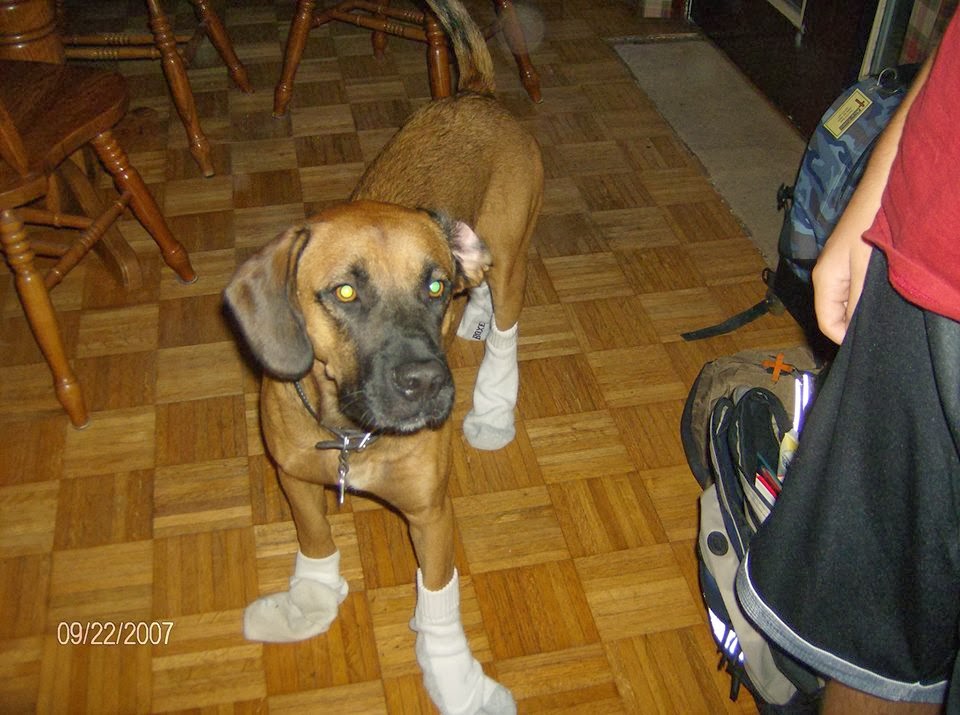 
© 2010-2014 Faith M. McCann. Portions of this blog posting may include materials from my book “Enchantments School for the Magickal Arts First Year Magickal Studies.” For more information, see www.enchantmentsschool.com or go to the title of tonight's discussion and click, it will link you to my school's website. Please note that the copying and/or further distribution of this work without express written permission is prohibited.


If you know someone who would like my work, please send them this link. If you or they would like to be included on our daily email distribution list send me an e mail with your email address to be included. If you ever wish to unsubscribe to this blog, please contact me and you will be immediately removed from our list.
at Thursday, January 30, 2014