A Brief History of the Witch Part 2 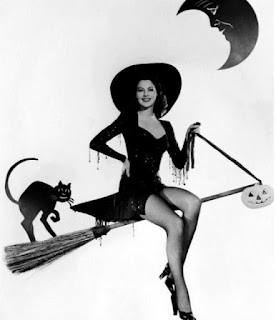 Now  to continue with our brief history of the witch .  .  .

The witch burnings, which consisted of tying a woman, often along with her children, naked onto a stake in the center of the village square, with huge piles of dried kindling, and setting it afire was common and considered entertainment for villagers oppressed by the dark ages. It was an extremely painful and horrific way to die as it could take an hour or more for the victims to perish. The death penalty was enacted after severe, horrendous torture was inflicted. The 3rd degree of torture was a level, that if the person was capable of surviving it, anyone would confess to anything. Most did not survive the 3rd degree, and it is in reference to this that we have the 3rd degree level of burns today, which are the most severe of burns.

In colonial America there were no witch burnings, as the early Puritans preferred to hang those accused, those who survived the torture. The first person put to death for the charge of witchcraft on Colonial soil, was Alse Young from Windsor, who was accused of sickening her neighbors cow. She was hung at the green in Hartford (The site of the Old State House today), on May 26, 1647. There were 46 individuals accused, and 11 put to death in Connecticut for the charge of witchcraft. The witch craze gripped Europe and Colonial America and spread fear throughout the populace. Perhaps initially there was a fear, due to superstition and ignorance, of the so called witch, but by researching history it becomes apparent that the fear would have soon become one of self preservation in keeping oneself from being accused. For anyone could be, and often everyone was accused.

There were villages in Germany, that when the witch hunters left, everyone - men, women, children and domesticated animals had been put to death. Most of the organized witch hunts had been abolished by the end of the 17th century, although the last woman put to death under the color of authority was in Eastern Europe in 1958, and women and men are stoned to death every week in small African villages today where fear, superstition and ignorance still prevail.

We live in a country and in a time in history where our religious beliefs are protected by laws. Where, if we strive to remember the history of the witch, we can hope to prevent such atrocities from ever happening again to the people of our world. Today many people are stepping onto the path of the witch, or picking up the broomstick as we say. Anyone can be a witch if they choose. You do not have to be "born" a witch, or to be part of a witch family. Both men and women are called witch. Warlock is not a name used in reference to magickal people. It is an ancient Scottish word that stands for betrayer, someone who brings harm and death to their family and community.

Today witches follow a belief system that is very individual, with no religious dogma. We work with herbs, crystals, minerals, and potions, all to bring needed change into our lives. Newsweek magazine declared Wicca the fastest growing religion in the United States today. The word witch comes from an old English word wik meaning "to shape or bend". We work with natural energies and many believe in the Great Mother as creator. Some covens (magickal groups) like the Enchanted Circle Coven of Enchantments work with both the Goddess and God energies, female and male for balance. We celebrate the new and full moons. The moon is significant to us as it is a symbol of the Goddess and the sun a symbol of the God.

The spells we cast, are cast on ourselves, never on another. Our spells are cast to bring loving energies, financial energies, or healing energies into our lives. We DO NOT have a devil or Satan in our belief system. The concept of a devil was introduced along with the patriarchal religions that took over the world approximately 5000 years ago. We also never proselytize, that is, try to convert others to our ways. Actually most would say we don't want everyone to follow our path, for we understand that one path is not meant for everyone. The high Priest & Priestess of the Enchanted Circle Coven are ordained ministers who perform Spiritual counseling in the community, as well as conduct Handfastings (Weddings), Wiccannings (Baptisms) and perform last rites for the dying and conduct funeral services for those who have passed on. Our religious beliefs are legal in all 50 states and recognized by the government of the United States of America.

We also seek to dispel fear, superstitions and erroneous beliefs that some in our community still believe to be true about the witch.

*(Before the Common Era, what archaeologists now refer to the period formally called B.C. The era formerly called A.D. is now referred to as C.E. the common era).

If you know someone who would like my work, please send them this link. If you or they would like to be included on our daily email distribution list send me an e mail with your email address to be included. If you ever wish to unsubscribe to this blog, please contact me and you will be immediately removed from our list.
at Thursday, September 08, 2016