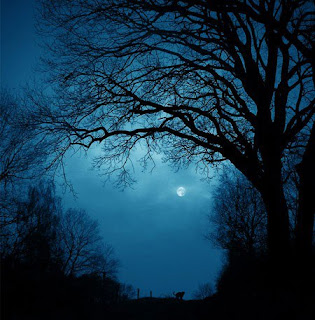 Let us discuss this evening, Omens, Visions and Premonitions. They are often considered the same to some people but they ave important distinctions.

The ancient Druid's, who were the Holy Priests of the ancient Celtic people (pronounced Kel-tic), often looked around them and observed nature and natural phenomenon to see omens of things to come or perhaps to explain an occurrence or happening. People nowadays also see omens in things around them, but it's important to be able to see omens clearly and understand what they mean.

For instance, if your car breaks down one day, runs out of gas the next day and then you come up to road blocks and detours the rest of the week, some might see these as omens of a dire nature. But are they negative in nature? Perhaps your car breaking down prevents you from being involved in a nasty accident or traffic jam. The road blocks and detours could simply be telling you to take a different route every now and again and appreciate a different view and maybe you'll see something you ordinarily wouldn't have seen.

Many people see wildlife, a specific wild bird, a wild flower bloom and they remind the person of a loved one who has passed away. A kind of, message from beyond. You can also get messages from beyond when you hear a special song on the radio, when you overhear a brief snippet of a conversation, even seeing a specialized license plate, can speak to you!

But take an omen or message for what it is, a sign that there are things bigger than us in the universe. Even those that experience a ghostly presence, it is seldom a negative thing, it is simply different. It doesn't need to be bad, evil or scary.

There are times when you might get a vision of things to come, or something that is happening at that exact moment and you get a glimpse beyond the veil. I tend towards visions more so than any of the others, though I do get my share of omens and premonitions. But visions come to me quite often. I'll have a half dream, when you're almost awake or almost asleep, when visions come to me. I'll see loved ones who have passed, not only in my life, but in friends and other people. If the person is close I will tell them what I saw and heard in the vision half dream. Recently I have a friend that told me he had misplaced his cell phone. He thought he might have left it at a restaurant, but as soon as he mentioned it to me I saw his phone, deep in the seat crease in his car. That is where he found it. The more you believe in the visions that come to you, the more they will come to you. Skepticism, self-doubt will curb you from receiving visions, so have an open  mind and see what comes to you.

Premonitions are visions or omens that foretell a future event. Unlike divination that is a formal practice of seeing into the future using tools of some sort, like runes, crystal balls or tarot cards, premonitions come to the person unaided and spontaneously. They have the irritating quality of 'popping' into your mind at anytime, regardless of what you are doing. You just suddenly see something, and you get the feedback a few minutes, hours or days later when the vision happens to come true. Again, if you believe in the information coming to you, it can aid you in your day to day life.

Many people first start to experience premonitions when they start going through puberty. During this time, between the ages of 12-14, typically, young teens often see things that then come true. I, myself, had a number of premonitions when I was around 12 years old. One's critical mind normally slow down these experiences when someone grows older and matures, but some people retain the ability. The good news is, even if you no longer feel that you have visions, see omens or have premonitions, the more you read about the subject, the more you practice magickal skills, the more you will open your mind and start "seeing" beyond what is normally seen.


© 2010-2016 Faith M. McCann. Portions of this blog posting may include materials from my book “Enchantments School for the Magickal Arts First Year Magickal Studies.” For more information, see www.enchantmentsschool.com or go to the title of tonight's discussion and click, it will link you to my school's website. Please note that the copying and/or further distribution of this work without express written permission is prohibited.

If you know someone who would like my work, please send them this link. If you or they would like to be included on our daily email distribution list send me an e mail with your email address to be included. If you ever wish to unsubscribe to this blog, please contact me and you will be immediately removed from our list.
at Sunday, March 13, 2016