The Ancient Druid's Practice of Sacrifice

Imagine a large expanse of grassy plain at night, on the Western plains of England, under the light of the full moon shining down, making everything a mix of silver and shadows. A large group of people gathered with one person kneeling down head bowed in the center of the crowd. An elderly Druid dressed in robes, holding a cord in his gnarled hands comes close to the kneeling man and fastens the cord around the man's throat.  Another druid comes up and starts to strangle the kneeling man while the other Druids present start to chant.  Scented wood smoke drifts in the air and as the man falls to the ground from the lack of air, hands instinctively clutching the cording biting into his flesh, another Druid holding a club came up behind the prone man and using the club, smashed it down upon the man's skull, rendering him unconscious.  The elderly Druid kneels close to the silent body of the sacrificed man and taking a sharp knife out of his robes,  he slices the neck of the dying man,  his life's blood flowing out and onto the earth.  The people leave with a sense of hope and anticipation that the difficult days they have experienced wil now ease and become less so. That the food harvest will be plentiful and rains will return to ease the drought. Life will become .  .  .  not easier, but possible in the threat of tribal extinction.  The life of such a man, a Druid Prince, should appease and please the gods. He gave of his life willingly and eagerly as he knew as did everyone in this day that he would return to this life again, to live again. His sacrifice was an honor bestowed upon a very few. . .

Tonight we're discussing an ancient practice that still today brings shivers of 'horror movie' fright and morbid excitement to many people.  The ancient practice of human sacrifice and the Druid's who performed such rituals.

The above is a fictional story created by me, but utilizing what we know about ancient Celtic Druidic sacrifice.  Of course much of the 'knowledge' we have today are simply educated guesses made by many experts in the field.  This sort of knowledge invites serious debates and dissension amongst experts. In 1984 a 'bog man' was discovered in the peat bogs of Lindow Moss, near Wilmslow in Cheshire,  North West England.  A mummified man who was remarkably preserved and thought to hold many answers to questions man has asked for centuries about the ancient Celts and their Druidic ritualistic practices.  He was considered the archaeological find of the time and it has been determined forensically that he was a ritually sacrificed high born Celt, possibly a Druid himself.  He had been served a last meal of charred oaten cake, then garotted with a cord around the neck, bashed in the head and then his throat was cut. After this ritualistic three-fold death, he was then dropped into the waters of the bog, where he was discovered by peat cutters almost 2,000 years later. 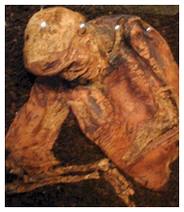 Scientists have determined, using forensic scientific methods, that the years preceding Lindow man's death were difficult ones with poor harvests, droughts and illnesses affecting the populace.  They also determined that Lindow Man died a willing death.  The ancient Celts did use human sacrifice as Lindow man teaches us, but to them an unwilling sacrifice was murder. To give gratitude to the Gods and Goddesses who granted mankind life by offering them murder in return would be suicide and in their sympathetic practice of magick would only ensure the end of the tribe.  They could only give a willing sacrifice, a life for life.  As the Gods willingly gave us life, so in turn we gave it back.

The first reports of Druidic sacrifice was documented by Julius Caesar, the Roman General who visited on campaign England and Ireland and witnessed Druidic practice first hand. He first brought the 'horror' of Celtic human sacrifice to the civilized world, although I personally find it a touch ironic as the Romans were known for sacrificing humans in the Coliseum regularly for the purpose of general entertainment.  What they accepted without pause in Rome was considered barbaric and uncivilized in the northern reaches of Great Britain. 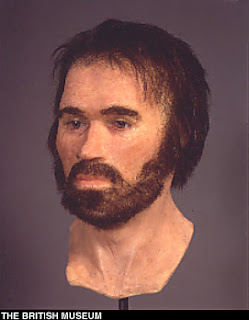 A recreation of what Lindow man was thought to look like before his ritualistic death over 2,000 years ago.

The early Celts practiced what we call today sympathetic magick.  'Like attracts like'  is an ancient occult saying that stems back to the Druids and their spiritual philosophy.  The practice of giving a life for receiving life in return made perfect sense to the ancient way of thinking. It was logical and an example of 'concrete' thinking rather than abstract thinking.  The ancient Celts practice of human sacrifice demonstrates this principle nicely. 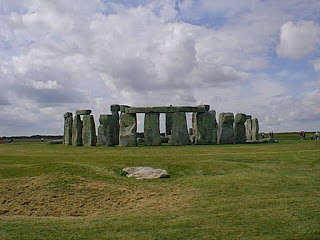 There is so much we now know about ancient civilizations, and archaeologists are uncovering more factual evidence every day.  Many of the suppositions and beliefs held for centuries by people that had been written about and often debated as to whether the legends were accurate or mythological are now being proven to be accurate descriptions of life as it was lived.  Of course, we will never know everything about a culture or people that no longer exists, but we are learning more and more everyday.


© 2010-2011 Enchantments, LLC Portions of this blog posting may include materials from my book “Enchantments School for the Magickal Arts First Year Magickal Studies.” For more information, see www.enchantmentsschool.com or go to the title of tonight's discussion and click, it will link you to my school's website.

If you know someone who would like my work, please send them this link. If you or they would like to be included on our daily email distribution list send me an e mail with your email address to be included. If you ever wish to unsubscribe to this blog, please contact me and you will be immediately removed from our list.
at Wednesday, October 12, 2011