But how did this holiday start? Does it have anything to do with love? Where do the roses and chocolates come in? O.K., O.K. people want to know!  Long before Christianity, Saints and a man named Valentine,  mankind held festivals that took place all over Europe,  in various cultures,  to celebrate, you guessed it, Spring!  Some may wonder at the vigor and intensity the ancients put into these Spring festivals, for out of eight Celtic holidays, three are to recognize and celebrate the Spring.  Let me explain as we travel back in time to another age.

Long before modern heating of today, with our comfy homes, our warm conveyances (automobiles), warm work places, warm stores and back again to warm homes, people actually experienced winter.  I kid you not. No, really. Do not sit there and tell me you know of winter.  Yes, it's been colder than the last few winters, and without question snowier, but do we really know of winter. Not as our ancestors did.

In ancient times, commonly people heated their homes by living with only a wall between them and their farm cattle. Yes, large beasts of burden and the manure they produce all create heat. Understandably smelly conditions but warmth of some small measure.  In these ancient times, a fireplace to provide sufficient warmth for a small room needed to be large enough for a man to stand up in, and to be blazing. Remember insulation was not in use. There are many diary accounts of waking up in the morning with frost on ones blankets, ice coating the inside of windows and let's not forget the bathrooms were outside, if chamber pots weren't in vogue.

Then add to the winter experience the numbers of people who would sicken and perish due to flu, colds and other illnesses. These often would strike a body whose immune system was already weakened by lack of solid nutrition as many would subsist on scant amounts of food.  Yes, my witchy reader, winter was an entirely different beast many years ago. So it makes sense that Spring was serious reason for celebrations to be held.

Spring celebrations which started for many at the beginning of February have various times designated all the way through until May 1st in many cultures.  An ancient Roman Spring festival was held in February and was called the festival of Lupercalia.  Lupercalia is thought to be a pastoral holiday which recognizes the animals giving birth in the pastures to new spring lambs and calves. Seen as a renewal and cleansing holiday many would do their 'spring cleaning' in February and by doing so magickally and actually eliminate the old, stagnant, germ infested and replace with the new, clean and fresh. The origins seem to suggest that the dead that had perished over the long winter would also be given proper burial and thusly the home or village would be cleansed of the energy of death and dying.

Lupercalia was a festival of fertility and rebirth.  In ancient Rome teenage boys would take strips of animal hide, dip it in bowls of sacrificial blood and run through the towns gently slapping women and crops with the 'fertilizing' agent of the fresh blood. Women looked forward to receiving a swipe of the animal hide on their bodies as they would be granted fertility and good health for their babies. Interestingly, today blood meal is often used in spring gardens to put new life into the soil.

Many still observe a day of spring cleaning even in these modern times.  Remember we discussed at Imbolc getting rid of old ritual candles and replacing with new candles? The same can be true for many things that represent the winter such as holiday lights, old Yule trees and such.


There are many scholars that believe that the Catholic church during its rapid rise to power commandeered the Spring rituals as they did to most of the other pagan holidays. They absorbed them, renamed them and gave them all a heavy crust of Christianity. We know that many of the old gods and goddesses were  named as Saints in the early days of the Catholic Church  and that a human, somewhere in legend was declared the actual person who was sainted and many miracles would be attributed to them. This was the case of the Irish Goddess Brigit.  She had been an ancient Goddess to the Celtic people since before written history, and the Catholic Church in its early days found a woman from history, that had actually lived and they fashioned a legend to her memory, and declared her a Saint. She became Saint Brigit.

I personally don't mind the Christianization of the old gods and goddesses because the Church, inadvertently kept them alive and available to us today.  This was finally somewhat recognized by the church in 1969, when many saints of questionable origin, perhaps pagan? were eliminated from their Calendar of Saints.

It is very possible that there was no specific man named Valentine, although it was a common name for the third century of the Roman era. He may have simply been a fictional person created to give credibility to the celebration of the now Christian observance of that day of the year. The Church desired to rid the common people of their pastoral goddess focused holidays and have them turn their devotion to the church. As the holidays that recognize spring have strong love, lust and sex energies, for procreation really was the key for survival of the tribes, it makes sense to say that the focus of spring was love.

The birds are mating, the animals bearing young, the trees are budding and everywhere nature is kicking up her heels and enjoying her lusty visage. The Church is credited as picking the day of February 14th as the supposed day of the death of the priest called Valentine. His story is that he was imprisoned by the pagan Romans a hundred years or so before Rome became Christian and Valentine was executed for the crime of marrying young men and women against the new laws of Rome that forbade young men from marrying. It was felt by the emperor that a single man was a better soldier than a man with a wife and children. Te church used this story to declare St. Valentine of love, young people and happy marriages.


Scholars believe though that the first association between Valentine and love did not occur until Geoffrey Chaucer in 1382 when he wrote this line of prose  "For this was on seynt Volantynys day whan euery bryd comyth there to chese his make."    translation: For this was on St. Valentines day, when every bird cometh there to choose his mate." An obvious reference to the mating of the birds and animals in the world of nature. 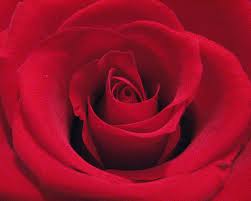 The chocolates and roses are obvious to a witch. Roses have natural love drawing magickal properties and so does chocolate. Chocolate is actually one of the worlds best aphrodisiacs and love potions available. Small amounts of quality chocolate nibbled on throughout a romantic encounter is reputed to be a very lusty love potion for both men and women.  The giving of gifts and flowers redoubtably became popular in the Reconnaissance age and again during the Victorian age when the language of flowers and gift giving became almost a religion in and of itself!


Some may poo, poo the concept of Valentine's Day as being a commercial gimmick.  Funny, no one ever says that about Super Bowl Sunday?  The retailers are just there to provide what so many people are looking for at this time.  Something special for someone special.

There are those who argue that if we show love everyday do we really need to celebrate a special day dedicated to love. Yes. In my opinion, we as a human race,  celebrate and make special that which has meaning to us. Our birthdays, anniversaries, holidays, heck we even celebrate the weekends!!   Yes, if love is important to you and to have in your life, it's important to not thwart the Gods and Goddesses of love, and not take for granted the loves in your life and celebrate one day that just makes everyone feel good.


But that's just this witches opinion.


Peace and Happiness along with roses and chocolates!!


© 2010 Enchantments, LLC Portions of this blog posting may include materials from my book “Enchantments School for the Magickal Arts First Year Magickal Studies.” For more information, see www.enchantmentsschool.com or go to the title of tonight's discussion and click, it will link you to my school's website.

If you know someone who would like my work, please send them this link. If you or they would like to be included on our daily email distribution list send me an e mail with your email address to be included. If you ever wish to unsubscribe to this blog, please contact me and you will be immediately removed from our list.
at Friday, February 11, 2011